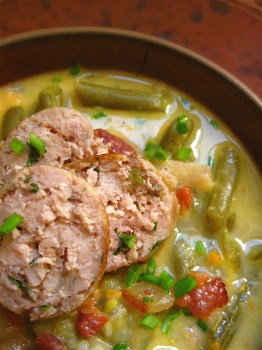 While chatting with a friend the other day over lunch, the conversation turned to travel– where we’ve been, where we’d like to go, etc.

“Have you ever been abroad?” I asked my friend in a tone not unlike a half-soused society matron at a garden party. He nodded. I was expecting him to mention one of the usual places one goes to expand one’s global horizons, like France, or Italy, or Japan.

“Well, I lived in Luxembourg for three years.”

This wasn’t the answer I had expected, which both threw me and delighted me at the same time.

“Luxembourg? Seriously?” I had to admit that, over the past forty years, I had never given that country the time of day, except perhaps in thinking that it’s name gave the Benelux countries a decidedly luxurious ring.

And all of a sudden, I needed to know more about the last remaining Grand Duchy in existence. “Do they have their own language or do they speak French or German? Are they called Luxembourgeois? Do they look like regular Europeans with ten fingers and ten toes and whatnot?” And, lastly, since this was lunch and I was very hungry, “What do people in Luxembourg eat?

My questions were patiently answered. They do speak French and German, but they have their own, distinct language– Luxembourgish. By the sound of things, however, the Luxembourgeoisie weren’t above borrowing the occasional cup of nouns from their neighbors.

The people, who look rather normal by European standards so I am told, are called Luxembourgers, and they eat very well, thank you very much.

“Is there a national dish?” I asked, which is a foolish question, given the fact that even the French or the Greeks or the Japanese would have trouble coming up with their own.

“Well, there’s Bounen,” he said. The sound that came out of his mouth was neither “boon-in” nor “bone-in”, but somewhere in between. “Basically, it’s beans and ham.” When I asked him how to spell it, he told me he was uncertain, since no Luxembourger he knew could spell  it either.

And so, there we were, waiting at the bar for a table on a busy Saturday afternoon, talking about Luxembourg. A glass of wine at my elbow, and interesting fellow to talk to, and a Cole Porter tune running through my head.

“Well, I guess I know what I’m writing about this week,” I said.

So here I am, writing about Bounen.

The dish itself is not called Bounen, but Bouneschlupp— Bounen is simply the Luxembourgish (Luxembourgers, please correct me if I am wrong on this and I will gladly update) word for beans. In this case, green beans. Bouneschlupp— green bean soup. With potatoes, bacon, and onions. To put it into terms that I could easily understand, from a cooking standpoint, at least, it’s a chowder– green bean chowder.

It might not be as elegant or interesting as other Luxembourger fare like Quetscheflued (plum tart) or Haam am Hée (Ham in hay– I really wanted to try this one, but hay is hard to come by on short notice). It’s hearty and, in the wrong hands, downright homely, but it is immensely satisfying.

To mangle that Cole Porter tune that was invading my head over lunch, it’s delightful, it’s delicious, and it’s, well, de-Luxembourg.

There does not seem to be one go-to recipe for this chowdery soup, which isn’t surprising, given the fact that there isn’t one go-to spelling for the dish itself. Does one spell it Bouneschlupp, or Bou’neschlupp? It doesn’t matter too much, given the fact that there are two generations of Luxembourgers who have can’t manage to spell their own language, thanks to a government decision to teach only German and French in school and leave the native language for home use. Thanks to a healthy increase in good sense and national pride, that seems to have changed.

This is essentially a culling of various recipes. Some looked very bland– calling for little more than the beans, bacon, potatoes, and water; others entirely too complicated, with far too many ingredients for a soup as simple and humble as this is and, as far as I can tell, should be. Some folks thicken theirs with flour, some with fresh cream, others with sour cream.

After making the Bouneschlupp, I offered to drop some off to my friend who lead me to the discovery of Luxembourger cuisine in the first place. He reminded me that he has never actually tasted it. I must have missed that part. So there went my expert Bouneschlupp opinion.

It doesn’t matter, really. Make up your own Bouneschlupp. Given the fact that there are fewer Luxembourgers than there are San Franciscans and nearly 6.8 billion people in the world, you’ve got a .oo73% chance of knowing someone who is going to tell you you’ve made it wrong.

4 cups fresh green beans, cut into bite-sized pieces, with the ends trimmed (about a pound)

1. In a heavy-bottomed Dutch or Luxembourgish oven, cook bacon bits over medium heat until browned and crispy. If using sausage, throw that in, too, and brown. Drain meat, reserving the fat. Set bacon and sausage aside.

2. Return meat fat to the pot, add carrots and shallot (which, incidentally, I just learned is correctly pronounced sha-LOT, and not the other way around [thank you Renée]), and cook gently until translucent– about 3 minutes. You’re not looking to give them color, you’re just mellowing them. Add garlic at the end, stir a moment or two, then add beans.

3. Cover vegetables with cold water. Bring to a boil, then reduce to a simmer, covered with a snug lid. Many recipes will call for heavily salted water at this point. I prefer doing my serious seasoning at the end. The meat fat will be salty, remember. Add about half the bacon now, for flavoring purposes, reserving the other half for future, crunchy garnishing purposes. Cook for about 30 minutes.

4. Add potatoes to the pot and stir them in. Simmer for another 40 minutes, covered, or until potatoes are very tender. Salt and pepper to your heart’s desire.

5. Turn off heat. If using sausage, bury it within the Bouneschlupp, to warm. Before serving add sour cream, stirring it in gently in order to not totally destroy the now-delicate potatoes. Though some people prefer to thicken their soup with flour, I find that the starch from the potatoes, plus a little help from sour cream, gives the soup all the body it needs.

6. Remove sausage from pot and slice. Ladle soup into bowls, top with sliced sausage, and sprinkle with chives. Serve with crusty bread and presto! You’ll feel like you’re back in Luxembourg City with the old gang, talking of the good old days of Grand Duchess Charlotte and not caring that there isn’t a single university in the land wherein one might earn a degree in Luxembourgish linguistics.

Gudden appetit! Or however one chooses to spell it.